How To Draw Out Infection From A Bug Bite

Were you recently bitten by a bug?

What do you do to draw out infection from an infected bug bite?

All these and many more questions are probably running through your mind right now about dealing with bug bites and any associated infection.

In all my years of being a living and breathing human being, I have never come across a person who hasn’t had to deal with bug bites ever since they were born.

When it comes to dealing with bug bites and associated infections, there are a million articles on the internet and books out there offering different remedies, but I can assure you that you’ve come to the right place for answers.

Bugs are everywhere you go, though several studies show that there is a substantial decline in the population of insects such as bees, moths, butterflies, dragonflies, beetles, and damselflies around the world.

They’re so many that I think if you were to gather all the insect population and spread them over the surface of the earth, it would cover the earth’s surface more than a hundred times. 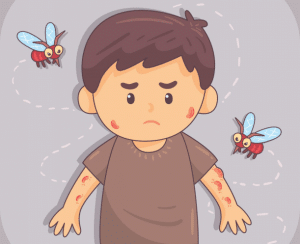 Entomological studies show that bugs represent as much as 80 percent of the species on this planet.

Bug bites are either puncture or lacerations made on the skin which could lead to inflammation, the formation of blisters, swelling, pain, itching, and redness.

The type of reaction experienced depends on the kind of bug and the individual’s skin sensitivity.

Different regions are home to various species of bugs, so it’s important to understand what bugs are native to your environment to help you classify bug-bites cases easily. The next big question is,

“What happens when a bug bites me?”

What Happens When You’re Bitten By A Bug 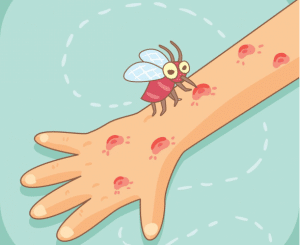 The bite itself may or may not sting, but these insects deposit chemicals into the skin through their mouthparts which could cause an infection leading to an allergic response.

You cannot compare a bite from a Bedbug with that of a poisonous spider like the Brazilian Wandering Spider.

A bite from this spider will likely kill you if no medical help is provided in time because it has the most neurologically active venom of all spiders, and is regarded as the most dangerous spider in the world. So much for being Spiderman.

Bug bites usually cause a small lump to form on the skin which is itchy and may fill with fluid.

Sometimes, bug bites may develop infection and can lead to symptoms such as Pus developing inside or around the bite, flu-like symptoms, swollen glands and fever.

Infection that may arise from bug bites is called Cellulitis.

Cellulitis is a common type of bacterial skin infection that is sometimes painful and appears as a red, swollen part of the skin that feels tender and hot to touch.

Cellulitis can occur anywhere there’s a break, cut or crack in the skin, and bug bites from any of the biting insects can cause such infection.

So how do you draw out infection from a bug bite?

Here’s How To Draw Out Infection From A Bug Bite 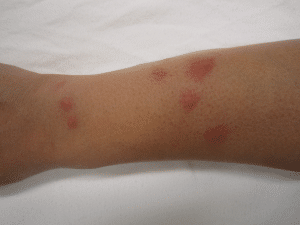 Now that you’re an expert on bug bites, here’s the part you’ve all been waiting for — how to draw out infection from a bug bite.

The best way to “treat” bug bites is to avoid being bitten in the first place, but if that seems inevitable, here’s what to do and how to remedy bug bite infection:

The First thing to do when bitten by a bug is to remove the sting, hairs, or tick from the bite area if they’re still attached to the skin.

Bee stings, for example, remains attached to the skin continuously pumping venom into the skin even after the bee is gone.

For stings, scrape it sideways with something hard and avoid pinching the sting with your fingers because that may help spread the venom faster.

Clean affected area with soap and water to remove any bacteria from the skin surface surrounding the bite area to prevent infection.

Do not touch the wound

Remember not to scratch. While it’s easier said than done, the itching sensation that comes with bug bites can be unbearable to ignore, but itching facilitates the introduction of bacteria into the bug bite which could develop into an infection.

Cool the area by applying ice packs as soon as you can to help combat the itch.

Antihistamines can be used to stop the itching and reduce the swelling for most types of bug bites, while analgesics like acetaminophen can help relieve pain. Nonsteroidal anti-inflammatory drugs like Ibuprofen can also help reduce pain and swelling.

Treat the bug bite with an antiseptic or antibiotic cream to avoid infection in the first place.

But if it’s already infected and it develops Pus, there’s increasing pain, swelling, fever, swollen lymph nodes, chills, dizziness, swollen face, mouth or throat and difficulty breathing; then emergency treatment in a hospital is required urgently, or the condition could become worse.

Cellulitis infection that results from improperly handled bug bites should be taken very seriously.
If left untreated for a while, the infection spreads to the lymph nodes and to the bloodstream, which carries the pathogens around the body causing what is called a systemic bacterial infection. Cellulitis infection won’t kill you right away, but it does need urgent treatment because it is better taken care of when discovered in time. 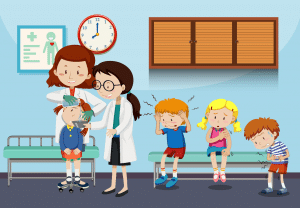 While an infection is an “uncontrolled growth of harmful microorganisms in a host,” infections caused as a result of bug bites can be controlled and treated before they get worse.

Many of us have heard, “A stitch in time saves nine.”

Want to know how to draw out infection from a bug bite? Simply apply basic first aid to the bite area to reduce pain and limit swelling, then you head over to the Doctors office as soon as possible.

How do you treat an infected bug bite?

How do you know if an insect bite is infected?

When should I see a doctor for an insect bite?

as soon as possible

Outdoor Survival: How to Survive in the Wilderness 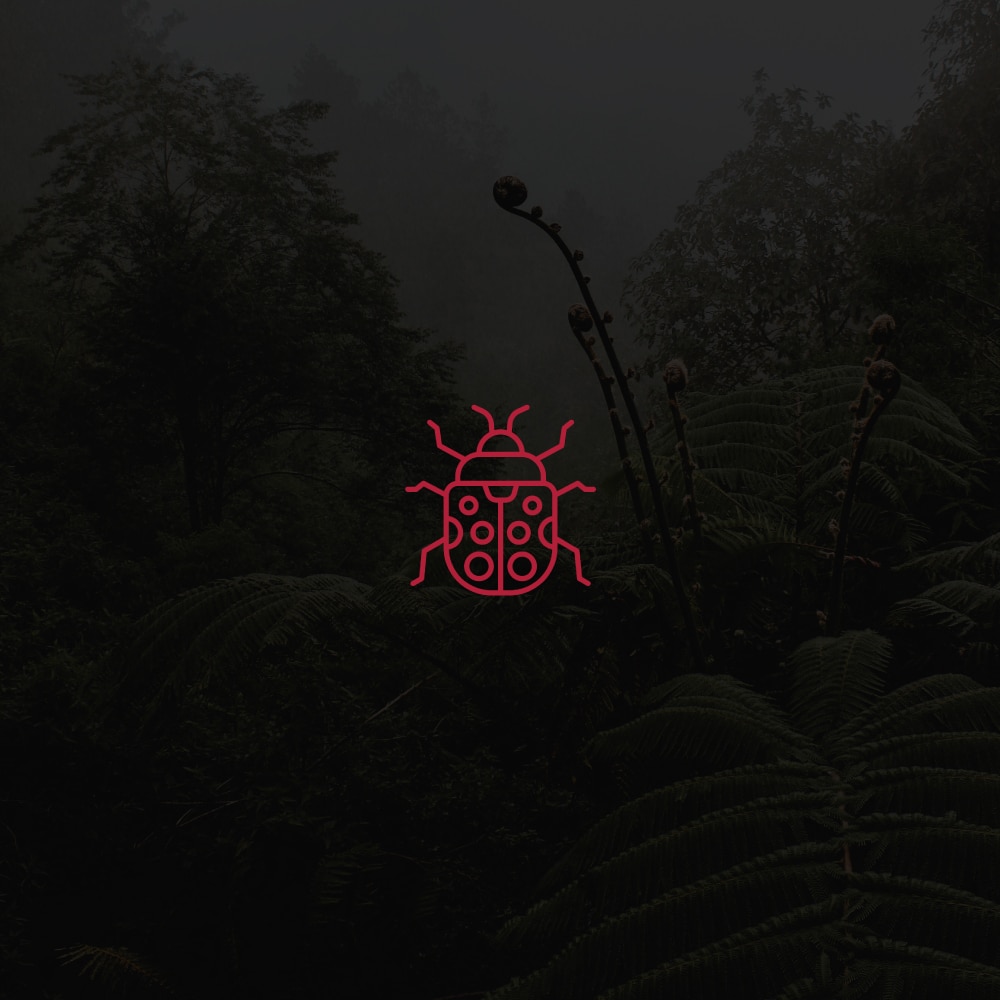