Why Tactical Flashlight Pens are the Ultimate Apocalypse Survival Tools

Tactical pens with a flashlight can be your lifesaver during the apocalypse.

In the event of an apocalypse, you must be prepared to protect yourself and your family at all cost. Whether it’s a zombie apocalypse or a disease outbreak, the difference between those who survive and those who don’t is the tools they are equipped with.

What are Tactical Pens?

Tactical pens are classified as a “multi-tool,” meaning they serve more than one purpose. Tactical pens fall under this category because not only do they serve as pens, but they double as deadly weapons and handy flashlights.

Is a Tactical Pen Considered a Weapon?

Tactical pens can definitely be considered weapons, and good ones at that. Their inconspicuous form and ultra-sharp hidden point make them as deadly as they are practical. So, while tactical pens may not look like weapons, there is every reason to consider them so.

These pens also weigh significantly more than your standard pen, so they deliver a dangerous blow for this reason. These powerful self-defense tools are commonly made of heavy-duty steel and are effective at warding off whoever or whatever approaches you.

Another feature of tactical pens that makes them so dangerous is the compactness. Carrying one of these will not slow you down or take up any room while you’re foraging for food and supplies. You can whip it out at a moment’s notice while maintaining an element of surprise and then hide it in a place where you can easily access it.

If you’re on the move, bulky weapons can put you at risk because they slow you down. Also, enemies will see them and come up with strategies to attack or disarm you. Tactical pens minimize this risk and give you the upper hand.

Some even act like Kubotans, which are another powerful self-defense tool. Kubotans are short, stick-like pieces of metal that you curl into your fist. From there, you can strike or stab your enemy using either the pointed end or blunt end.

So, we’ve explained how tactical pens can be used as weapons, but we advise you to research techniques and forms to master before you start using one to do serious damage.

How to Use a Tactical Pen

Say the apocalypse just unraveled and you’re searching for other survivors. Some people are bound to be trapped in vehicles. Most tactical pens have a glass-breaking tip for situations like this.

To use this feature without injuring yourself or the person you’re trying to free, make sure your hand is covered, stand facing away from the glass, and swing your arm firmly from the elbow while aiming for the corner of the pane, which is its weakest point.

Another less common way to use tactical pens is for DNA collection. Most of them have a jagged edge somewhere on the body that can be used to take the DNA of an attacker. It may seem gross, but the flesh and blood will make it easier for a lab to analyze.

You can even use tactical pens to completely debilitate your enemy by hitting their pressure points. Some of these points are located on the shoulder, below the ribs, and directly on the Adam’s apple. If you purchase a tactical pen, study these pressure points so you’re prepared in case of an attack.

We become what we behold. We shape our tools, and thereafter our tools shape us. Click To Tweet

Reasons to Have a Tactical Pen

During the apocalypse, people will be increasingly hostile. You will often have to meet that aggression with self-defense. For the reasons we mentioned above, you should invest in a tactical pen for a higher chance of survival.

Who knows who you will encounter post-apocalypse. It’s imperative that you aren’t trusting of strangers and you are equipped to protect yourself should those enemies attack you or try and hinder your chances of survival.

Aside from emergency kits, hunting skills, stamina, and food sources, you need smart weaponry that secures your safety. The tip that’s used for breaking glass proves useful for situations where need to go scouting for food at an abandoned grocery store or market and you aren’t able to enter through the doors.

Here are some other reasons why you may want to purchase a tactical pen:

Are Tactical Pens Allowed by the TSA?

Tactical pens are popular self-defense tools that many people carry the same way they do pepper spray or pocket knives. While tactical pens are considered weapons, they are not mainstream enough to have their own legal classification.

As for the TSA, tactical pens are not approved. They will be confiscated if airport officials deem them unsafe for passage on an airplane. However, if it looks to be a regular pen, it may not be confiscated when passing airport security.

There are instances where regular pens have been confiscated by the TSA for seeming too weapon-like, and other times where tactical pens have been permitted. Experiences generally vary between airports.

Of course, we don’t suggest that you bring a tactical pen on an airplane since it is dangerous weapon. Despite it being legal, you should still treat it as such. 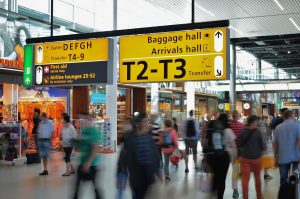 What to Consider when Shopping for a Tactical Pen

No two tactical pens are alike, which is why you should do extensive research before deciding on the one you want to purchase. Consider these things prior:

Part of the appeal of tactical pens is how study and durable they are. Some will be made from high-impact plastic which can withstand a lot of force, but does not compare to aircraft aluminum pens. Aircraft aluminum is desirable because it is both lightweight and ultra-strong.

The strongest pen bodies are made out of stainless steel. These are much heavier than pens made out of other materials, but what they lack in lightness, they make up for in resilience.

Typically, tactical pens have two functions: writing and weaponry. Although, it is possible to use these powerful tools for other purposes as well. Tactical pens typically have a glass-breaking feature or double as a kubaton stick that makes ideal for hand-to-hand combat situations.

Some tactical pens also have a pocket clip which allows you to conveniently carry them on your pants’ belt loop. This is one of those tiny features that makes a huge difference in a fast-paced combat. The more time you can save drawing your weapon, the better.

One of the best additional features you can look for is a light function. Some tactical pens double as a tactical flashlight, making them ideal for situations with decreased visibility. It’s much less bulky than a flashlight and much more portable. And, if the flashlight is out, your weapon is already in hand should you need to use it.

We become what we behold. We shape our tools, and thereafter our tools shape us. Click To Tweet

Why Your Tactical Pen Should Have a Light:

This particular pen not only boasts a stunning design, but it is made of military grade tungsten steel. Aside from self-defense, it also has a glass-breaking feature and LED light. The light is 50 lumens which makes it useful in ultra-dark situations. The clip also makes it convenient to carry on a shirt or pants pocket.

The body of this pen is made from aircraft-grade aluminum and it features a tungsten carbide glass-breaking tip. The flashlight has a unique strobe-mode which causes the light to flash repeatedly in an attempt to confuse your attacker. This lightweight model is a practical solution for apocalypse survivors who want a simple weapon that packs a punch.

This pen is made of hard anodizing aircraft grade aluminum alloy. It’s also waterproof and the flashlight can deliver up to 130 lumens. What’s so special about this model is that it eliminates the need for extra batteries by allowing USB charging.

This pen not only features a glass-breaking tip and LED flashlight, but it also comes a magnesium firestarter, compass, bottle opener, and map odometer. The aircraft aluminum and tungsten steel body is super durable and the added tools make this a solid option for those wanting the most bang for their buck.

This is another option made out of aircraft aluminum. It has all of your standard tactical pen features like your glass-breaking tip and LED flashlight, but it also comes with a lanyard for wearing around your wrist. It even has an attached whistle for cases where you may need to signal for help in case you’re separated from your group post-apocalypse.

We’ve proven that tactical pens are deadly weapons if they are wielded correctly. But, to avoid this type of weapon backfiring on you, you must be well-equipped to use it by having an arsenal of strategies and techniques at your disposal.

Tactical pens can be used to slash, stab, and strike the pressure points of your assailants. Know where to aim on the attacker’s body in order to ensure your pen has the desired effect and keeps you safe.

Practice with it often. What separates the survivors of an apocalypse and those who fall prey to it is the amount of preparation they put in prior. Practicing with your tactical pen will make you feel comfortable carrying it and you can even discover new creative ways to use it.

Also, consider having several at your disposal. Clearly, tactical pens are handy to have, so you’ll want to have a backup or two in case you lose your primary one. Always keep one on your person and store one in your vehicle or the bag you use every day. This way, you’ll always be equipped with an effective survival tool.

Nonetheless, you should still consider owning other weapons as well. While these pens are useful for surviving, weapons like knives and guns will prove to be useful as well. Tactical pens are more effective for close-quarters combat, while guns will be more helpful if you are battling from a distance.

All in all, we recommend that you invest in tactical pens to help keep you safe and fight off enemies. In the event of an apocalypse, the world will erupt into chaos, so preparation is of the utmost importance. For more tips about surviving the apocalypse, read our Apocalypse Survival Guide. 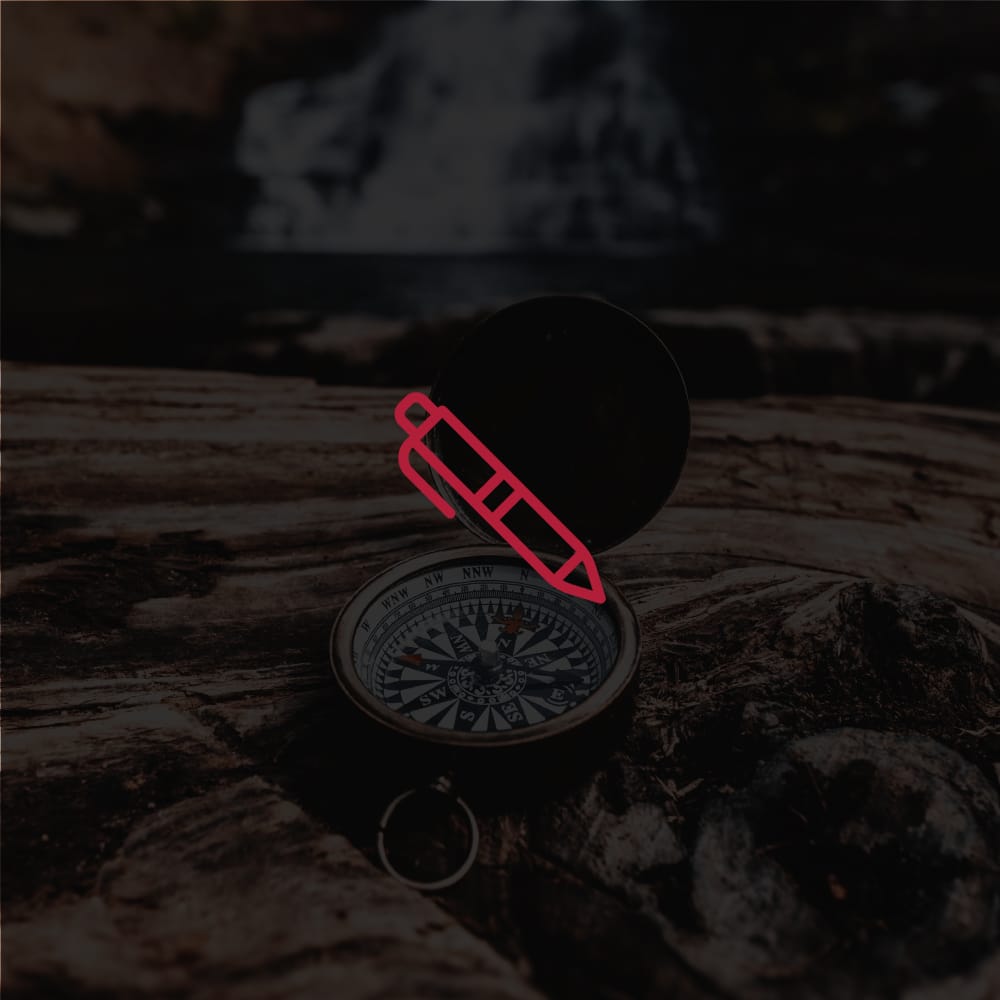